This year my daughter and I marched in the parade with her Girl Scout troop and several others from the Ann Arbor area. I brought some candy and stickers for her to distribute, but she volunteered to carry a flag. I saved most of our goodies for Main Street in case my daughter handed her flag off to someone else. My daughter carried the Brownie flag for the entire parade, so once we arrived at Main Street and some of her troop-mates were out of candy, I gave hers to them. 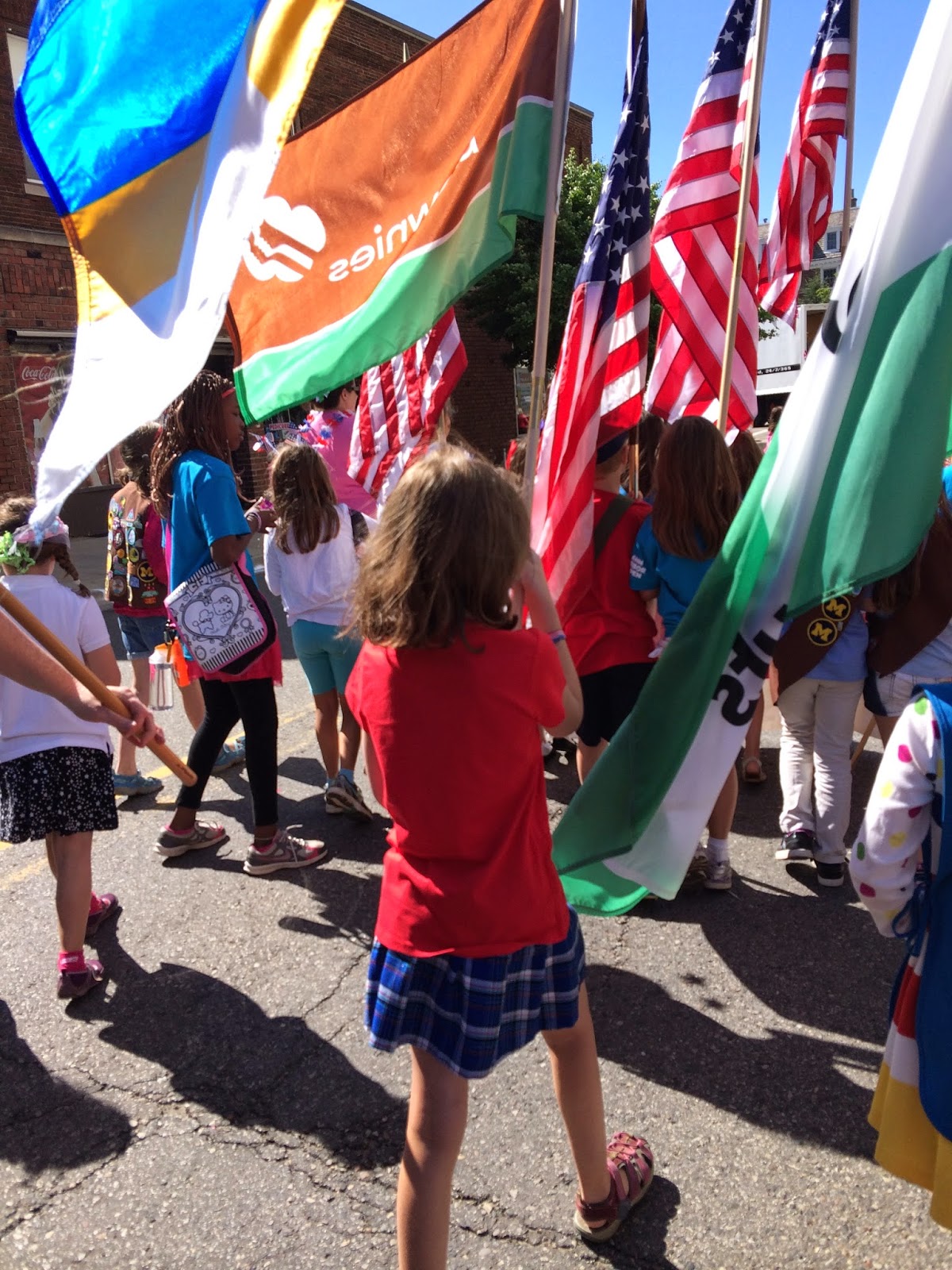 One of our favorite groups was Ring of Steel. As in the past, they were showcasing two fighters on their trailer. When they passed us at the end of the route, Captain America was fighting the Winter Soldier. My daughter was very excited since she loved the Captain America movie. Earlier in the parade route, there were other fighters featured based on photos I saw from other attendees who were in different areas of the route.

My daughter was disappointed that we missed the Super Hero group who was lined up before us in the parade. I was also very disappointed to have missed the replica of the Iwo Jima memorial. From the photographs that I saw, it was quite impressive. My daughter also missed the 501st Legion of Storm Troopers and other Star Wars characters. We were lined up near them last year, but they weren’t participating this year.

We definitely recommend the Ann Arbor Jaycees Fourth of July Parade each year, whether you join a group to march or are a spectator. As a spectator, Main Street is typically the most crowded location followed by State St, although Liberty has become more popular over the years. Thompson is your best bet for a light crowd (and as a plus, your kids won’t receive a lot of candy as most groups are out by that point).