I actually had just started another Travel Thursday post when Cedar Point announced their new projects for 2017. Our family loves roller coasters and amusement parks, so we are thrilled that Cedar Point is only 2 hours from Ann Arbor.

Earlier this spring, I was able to attend a preview for their 2016 addition Valravn.

Cedar Point is known for it’s roller coasters. My two favorite coasters are Valravn and Gatekeeper. The first time we took our daughter to Cedar Point in 2013, she was extremely disappointed to just miss the minimum height requirement for Gate Keeper. 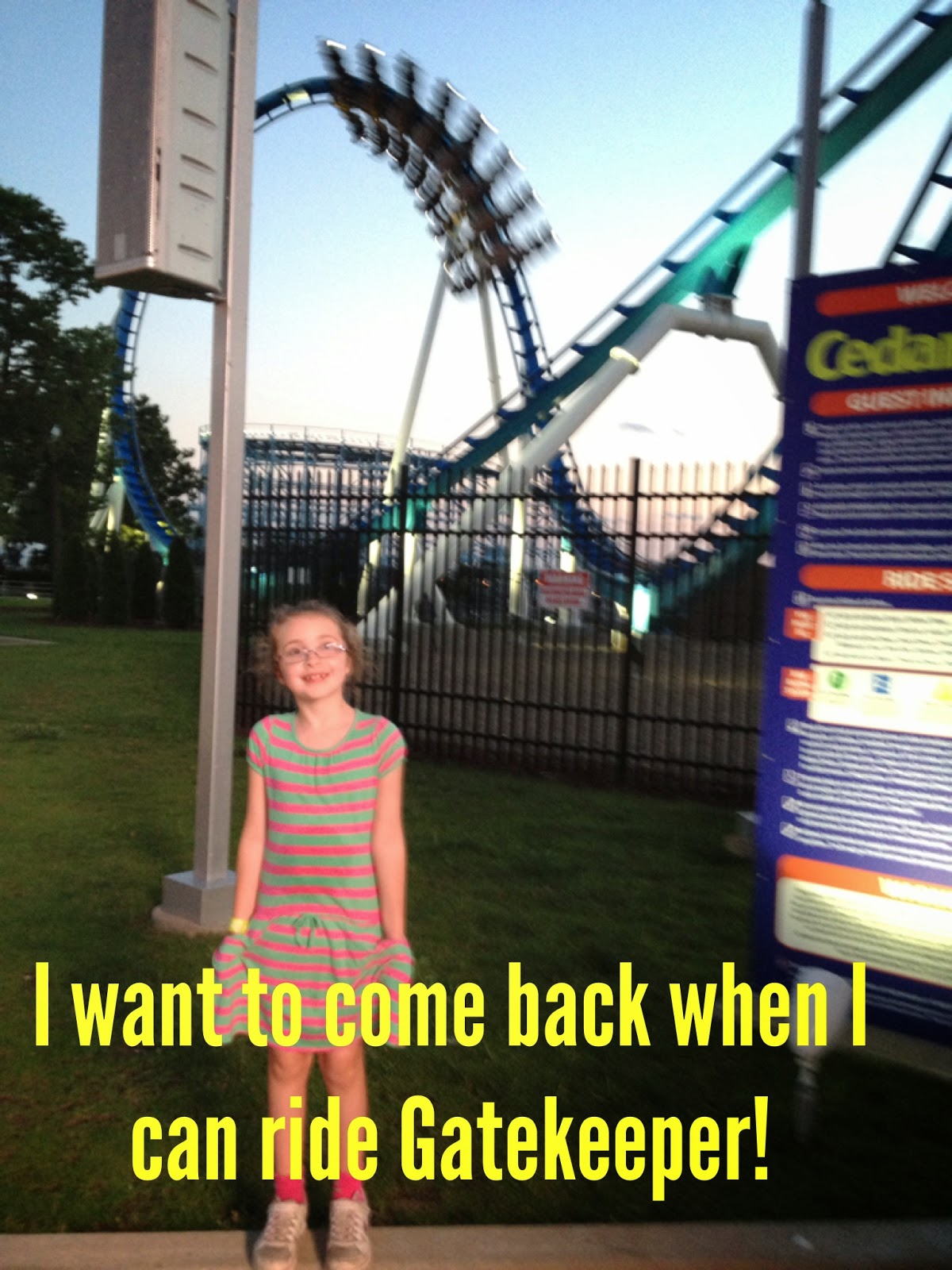 In 2014, she was thrilled that she cleared all of the height requirements and could ride anything.

Last year, we made sure to arrive as early as possible on Friday night to take advantage of the rides while everyone else was in line for the haunted attractions.

There are plenty of rides for smaller guests. Cedar Point has two kiddie areas that offer rides for kids under 54″. For all guests, there are rides like the Sky Ride, Carousels, cars, and more.  Although I have to confess that the Sky Ride scares me more than the 400+’ Top Thrill Dragster.

If you still want to visit in 2016, Cedar Point is open daily through Labor Day. After Labor Day, they are open for HalloWeekends through October 30th (Fridays-Sundays). Soak City and the water rides inside Cedar Point are only open through Labor Day. Our last two visits have been during HalloWeekends which offers both family friendly daytime activities, and thrills at night. Even at night, the scariest parts are special walkthroughs with lines so kids won’t be too scared.

Today Cedar Point announced their plans for the 2017 season. The main enhancements for 2017 are at the water park and accommodations.

For 2017, Soak City Water Park is getting a big upgrade and a new name – Cedar Point Shores Water Park. There will be a new slide tower with 2 new attractions:

They are also adding Lakeside Landing, a family splashground with 12 kid-sized slides and a zero entry pool.

When combined with the existing water park, the new water park will be 18 acres.

The last two years we have stayed at Hotel Breakers in September for Bloggy Conference and will be there again next month. The hotel was newly renovated for the 2015 season. My daughter loved the photo of Gate Keeper incorporated into her headboard last year. We definitely loved the new modern decor of the hotel and the location can’t be beat.

Starting in September, they will be breaking ground on a new tower for Hotel Breakers that is scheduled to open for the 2018 season. There will be 158 new rooms including connecting family suites. They will also be adding a new outdoor pool.

As part of it’s renovation and expansion for the 2017 season, the existing Breakers Express hotel will be renamed Cedar Point Express. There will be 69 new rooms, a new splash pad and outdoor courtyard. Existing rooms will receive new bathrooms, new bedding, mini-fridges, microwaves, and connecting family suites.

Cedar Point has previously announced Sports Force Parks at Cedar Point Sports Center where they will be able to host sports tournaments. In addition to the quality sports fields, there will be on-site entertainment like a rope course, mini-golf, trampolines, and more. The Sports Center will be located on the shores of Lake Erie (on the mainland instead of an island)