Last night my daughter and I attended the Ann Arbor Civic Band’s concert at West Park. The concert last night was the children’s concert with the theme The Magic of Disney and also featuring the Teddy Bear Parade.

My daughter is not attending camp this week and we had been talking about meeting my husband for lunch one day. Instead, we decided to meet for dinner before the concert. The 8p time was perfect for us to have dinner (at his favorite, Mr. Spots – we almost have our daughter convinced she can order a cheesesteak) beforehand.

There is a dance area in front of the seating (grassy steps). Between the band shell and the dance area is a marshy area with cat-tails that partially obstruct the view of the band shell, particularly from the lower seating areas. However, we were there to listen to the music and being able to see the band was not necessary. 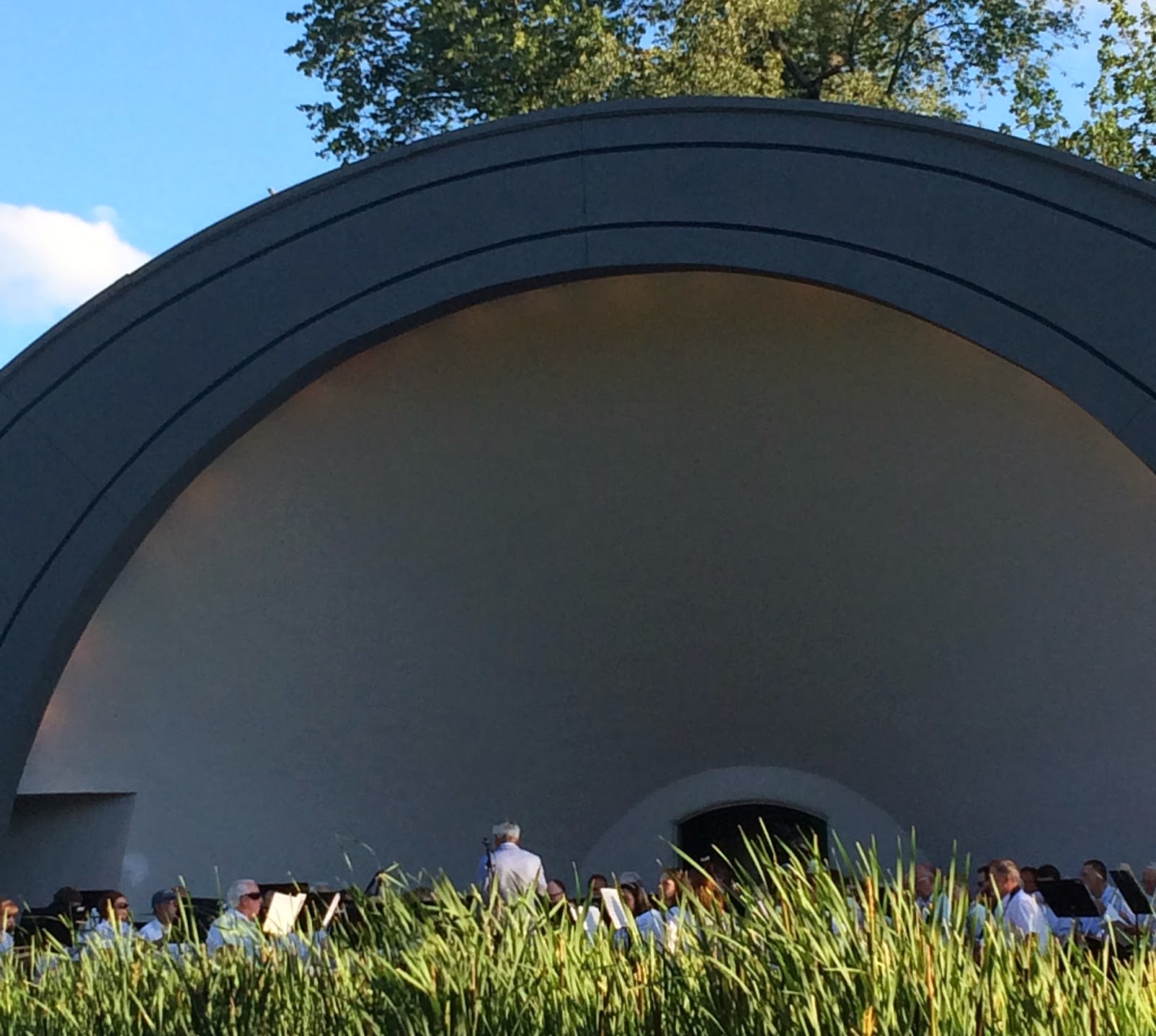 Before the concert started, my daughter enjoyed exploring the marsh areas before returning to sit with me. Of course, when she saw kids dancing, she asked if she could join in or go exploring. Since we were alone she decided to continue exploring the marsh. 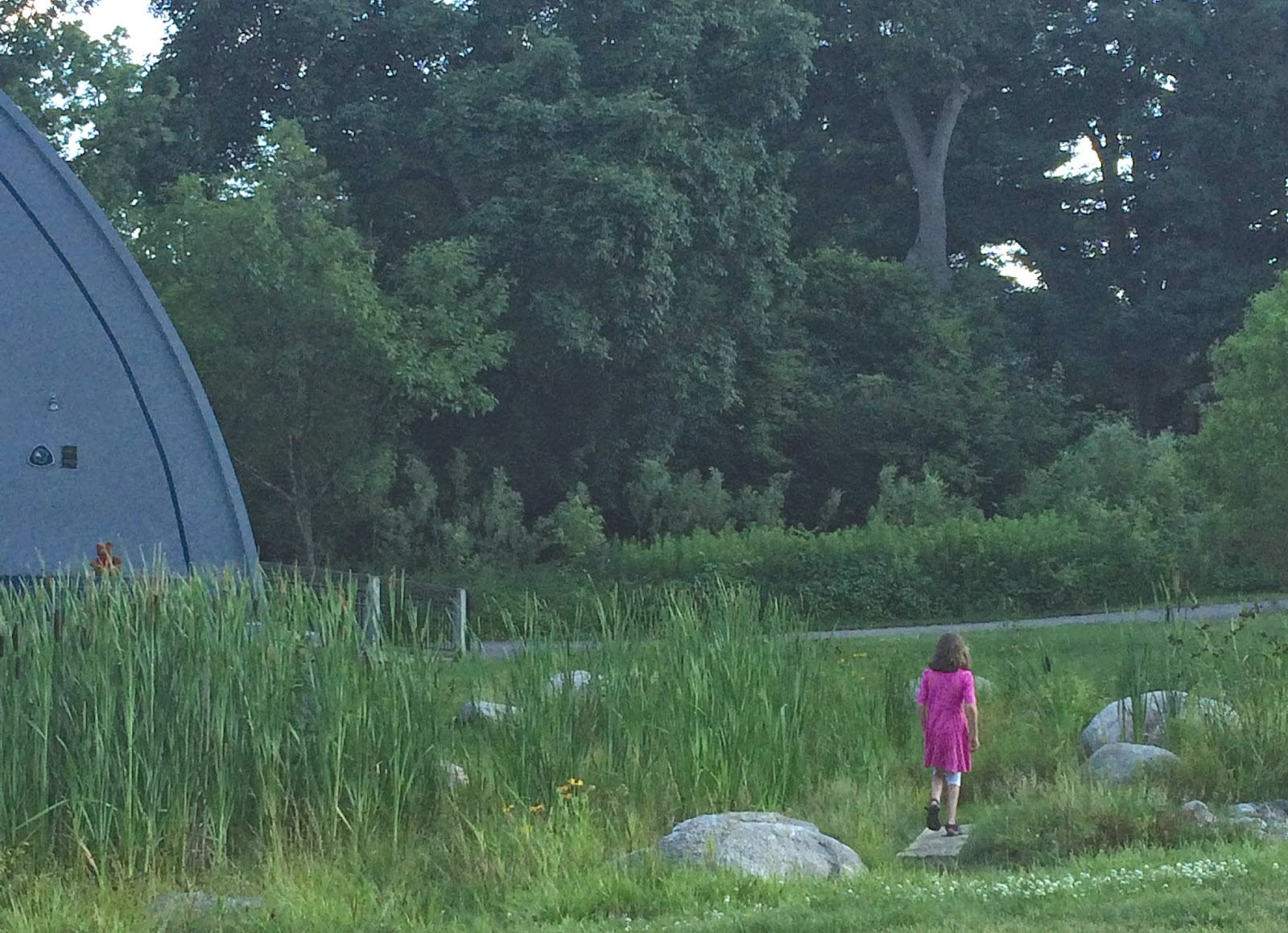 The concert included selections from Pixar, The Little Mermaid, Fantasia, Aladdin, and a compilation of Disney favorites.

About halfway through the concert, there was a break from Disney for the Teddy Bear Parade. All kids were invited to bring their stuffed animals and join in the parade. I tried to convince my daughter to bring one of her many Disney stuffed animals, but she decided to bring Emerald, her Minecraft Baby Ocelot stuffed animal. At 8, my daughter was far from the oldest participating child. After the parade, the kids received a bag of Animal Crackers.

My daughter’s favorite part of the concert was exploring the marsh areas. She enjoyed the music, especially music from The Little Mermaid, but was disappointed that they didn’t play Let it Go from Frozen. I am sure we will attend their concerts again in the future, perhaps the Children’s Concert next year.

This was our first time attending one of the concerts and visiting West Park. West Park does have a parking lot, but it is fairly small. There is street parking available along 7th Street, and in neighborhoods across Miller Ave. We parked on Brooks St (near Mack Pool) which was a convenient spot to park since we could cross Miller at a crosswalk and enter the park from 7th St. From 7th Street, it was a short walk to the band shell.