Last night we attended the Rolling Sculpture Car Show and had a great time.

The annual Rolling Sculpture Car Show is held on a Friday afternoon/evening in July in the Main Street Area (Main Street between Huron to William and adjacent Liberty and Washington Sts).

Since my husband works at UofM, we decided to meet on State St for dinner at Five Guys…my daughter’s pick “I promise to order a cheeseburger if we go”. I told her I was thinking more of a sit-down place and her next suggestion was Noodles & Co. I promised to take her to Noodles & Co on Monday for free Mac & Cheese and we ended up at Five Guys.

After dinner, we walked across Liberty to the Car Show. The slide show below shows the highlights of our trip, with more details below.

One of the first vehicles that we encountered was the zombie hearse. My daughter was fascinated, particularly by the sign that said “If You Can Read This, You Are In Range”. She kept moving around until she found a spot out of range (around the back of the hearse). 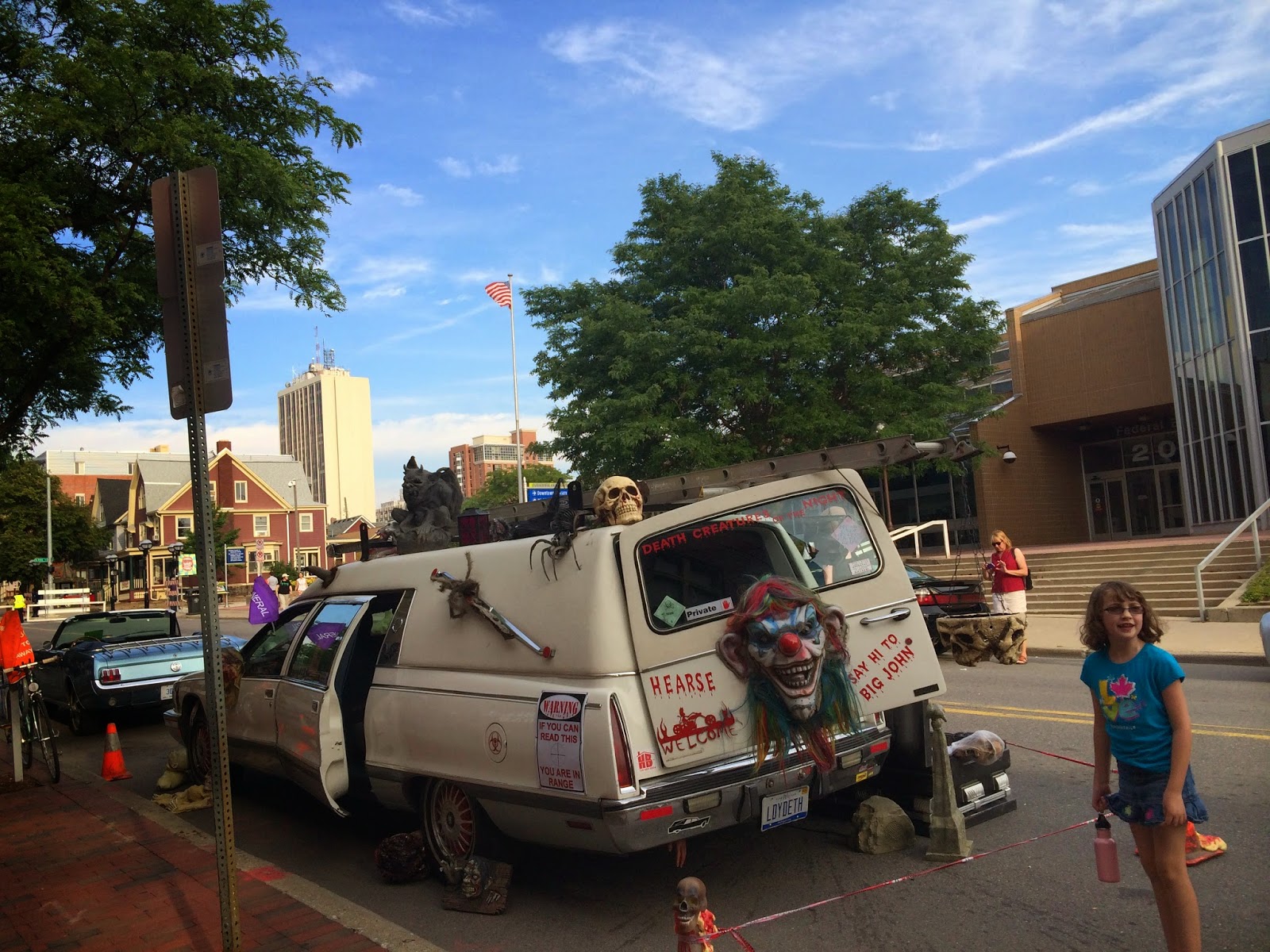 Another favorite of hers was the 3-wheeled BMW from Germany. She was fascinated that the door opened in front. 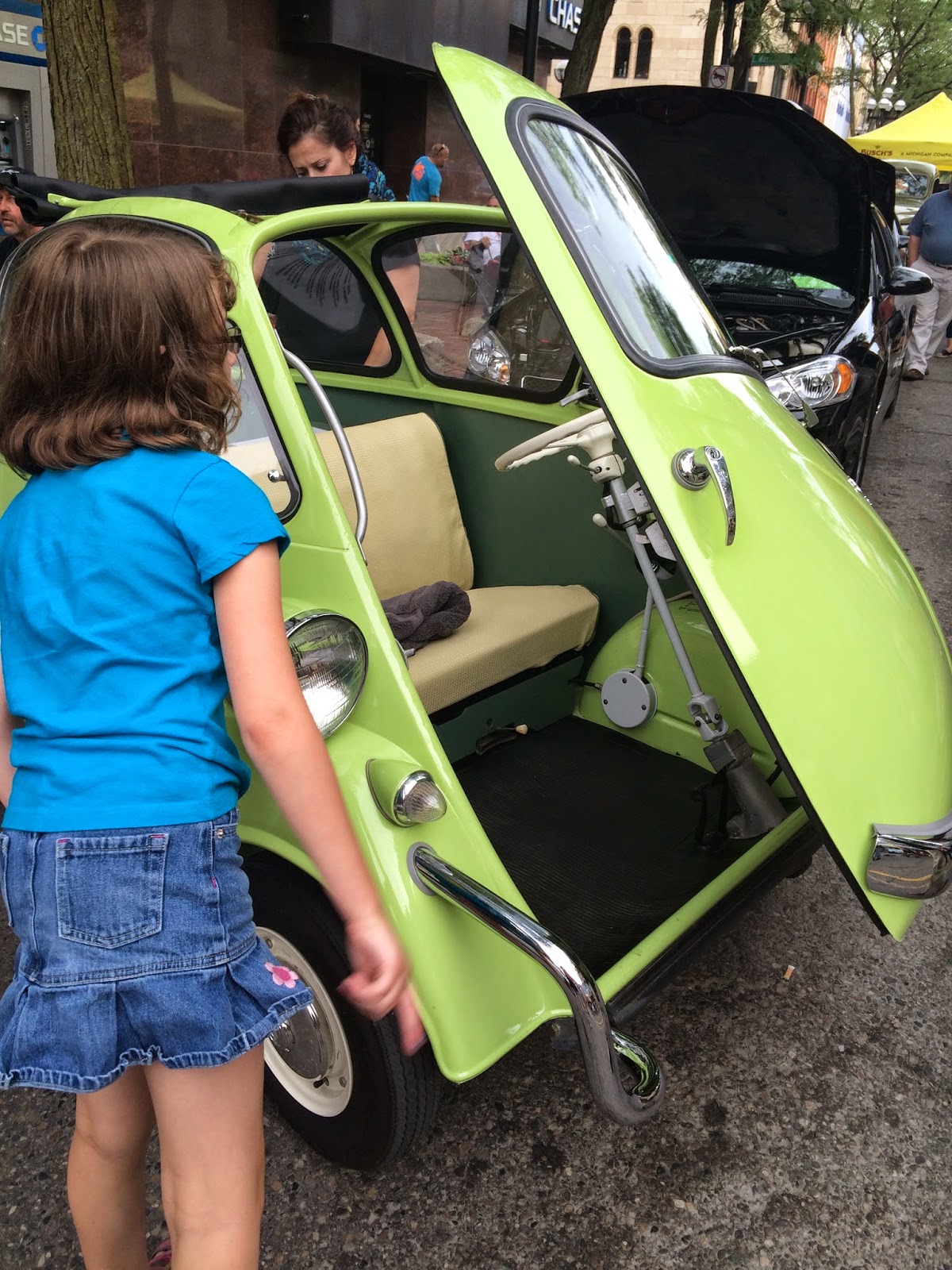 She also got to sit in this army vehicle – and had me take a picture for her friend who is out of town and missed the event: 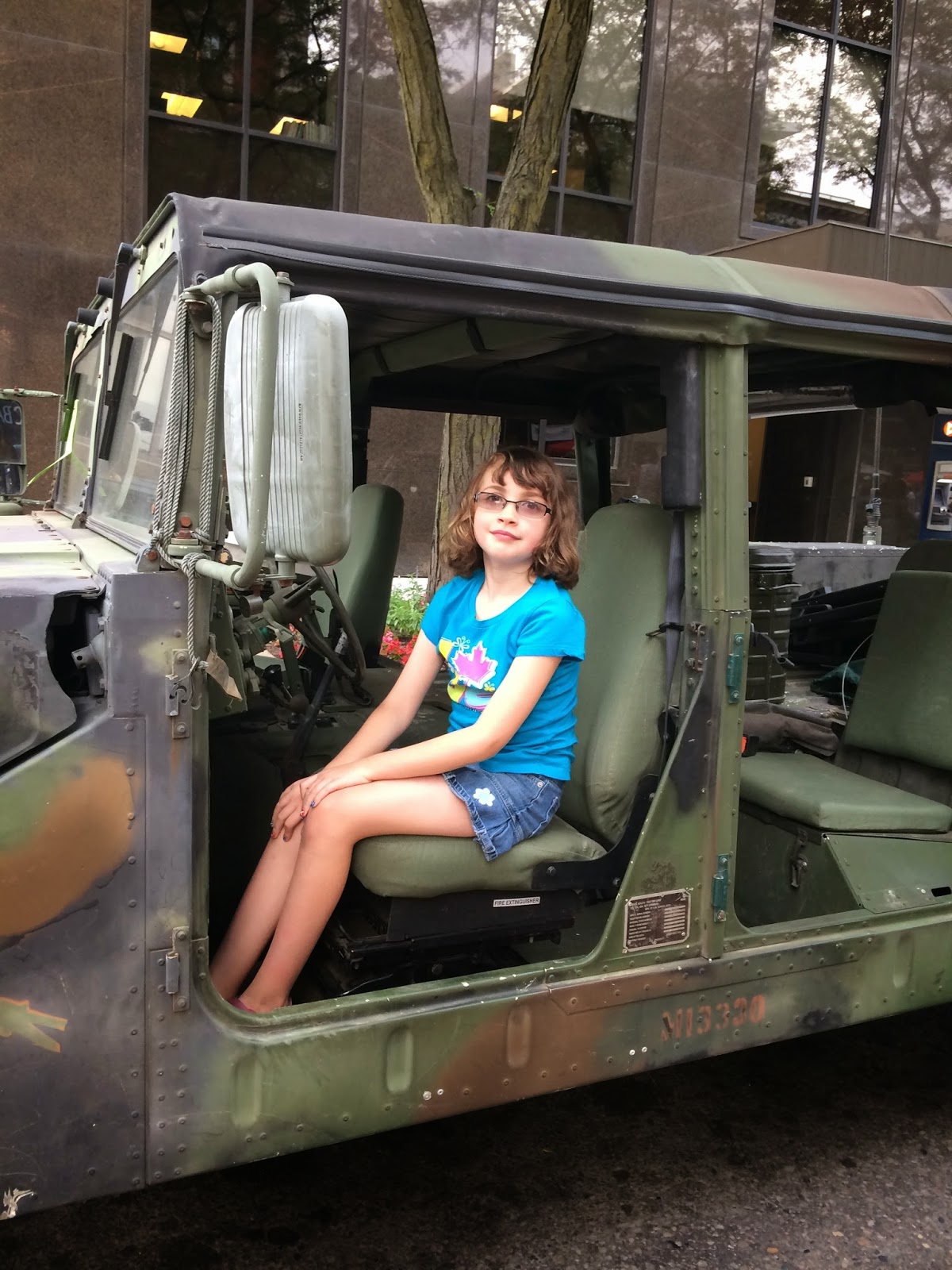 Since her soccer team is the Jaguars, she was thrilled by the Jaguar convertible that was infested with Jaguar stuffed animals…even though the backseat had about 1 cm of leg room. 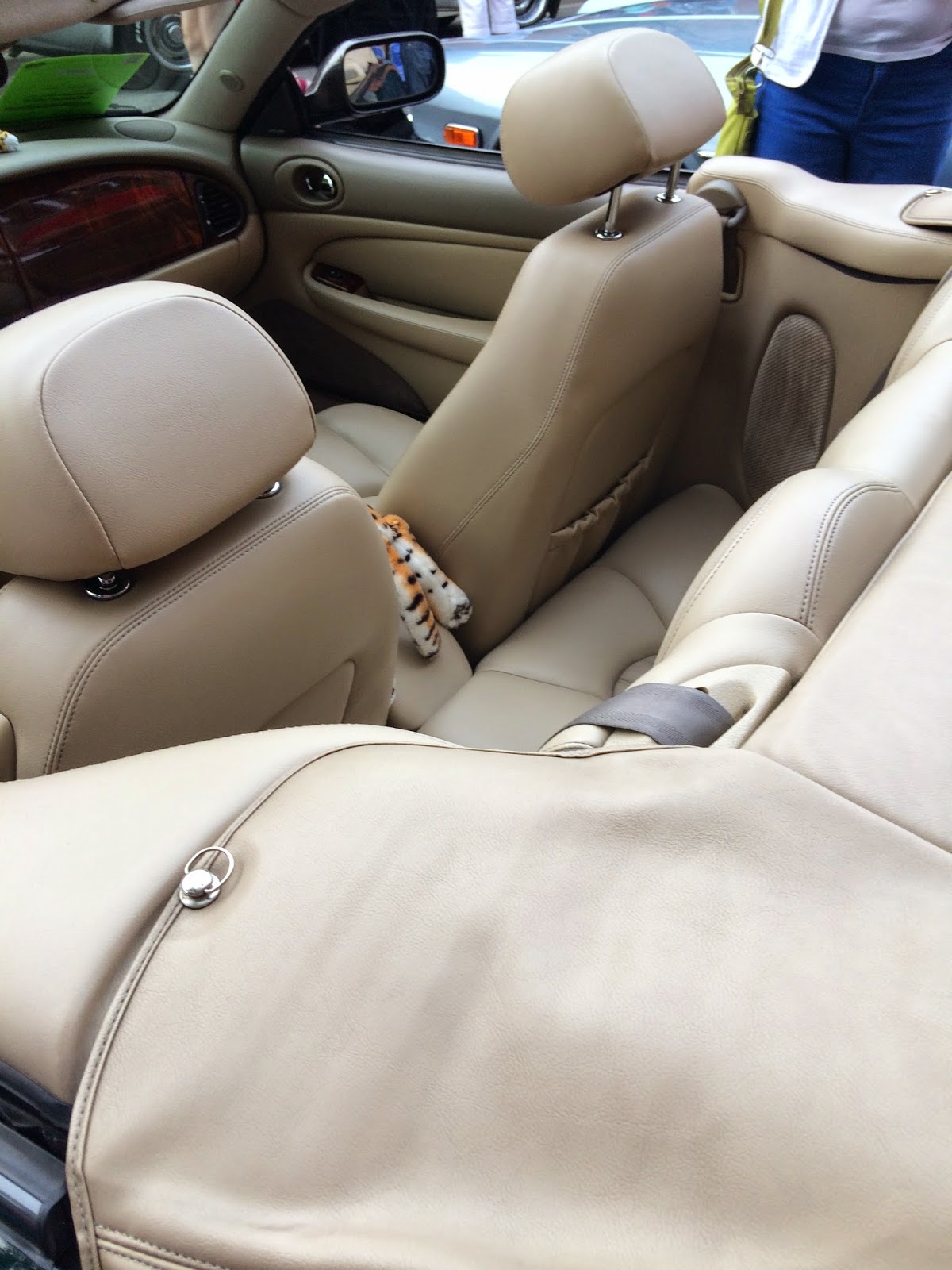 Of course this is Ann Arbor, so the urban fairies emerged from their doors to setup a fairy car display. They had one of their cars on display. My daughter loved seeing the car with the Mentos and Vernors that power it. She had quite the talk with the fairyologist on site about how it works, and why they couldn’t test it out without a fairy to drive it. It was definitely one of her highlights of the night. 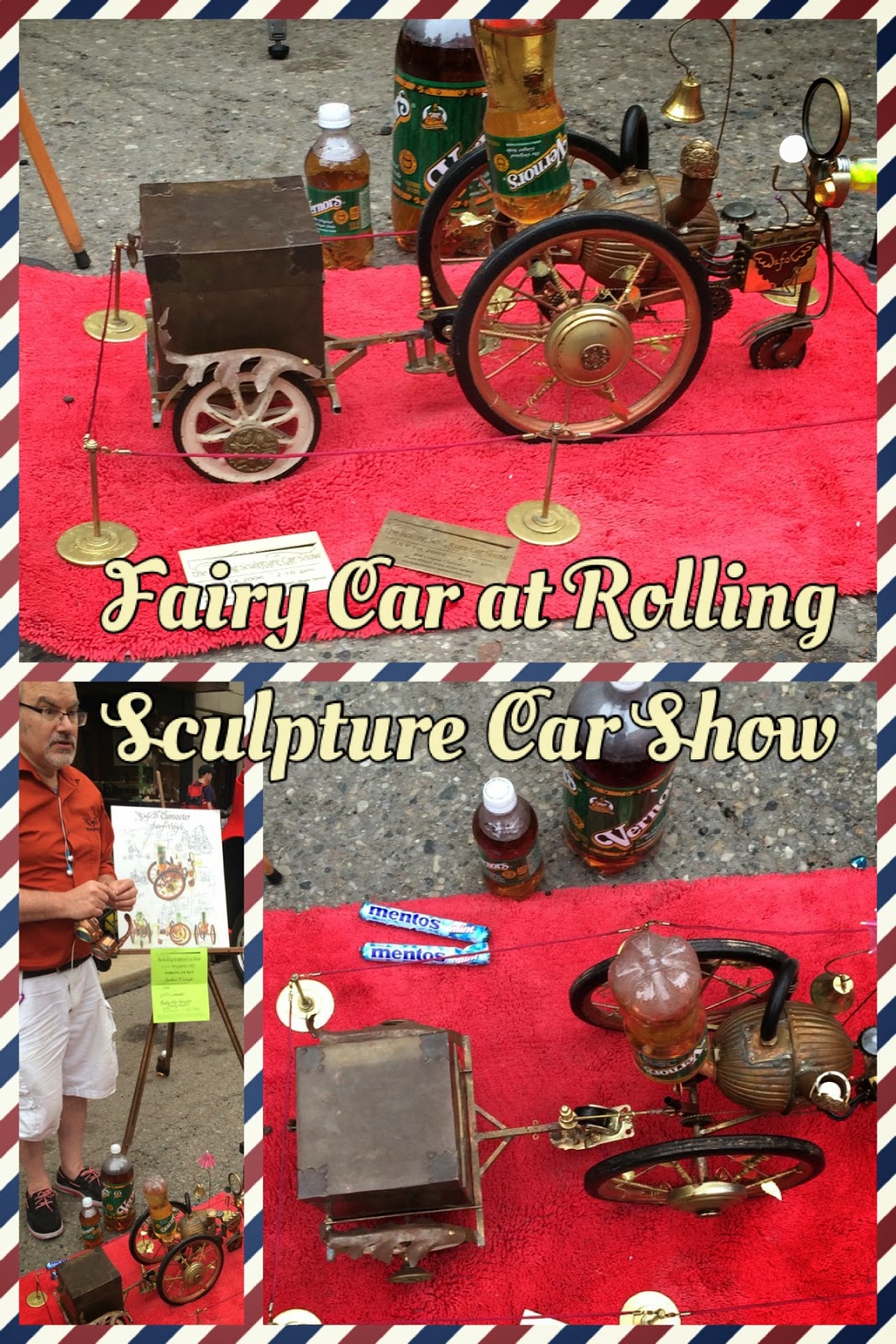 My daughter also had a fun time at the Ann Arbor District Library’s Tent where they had pipes available for building. 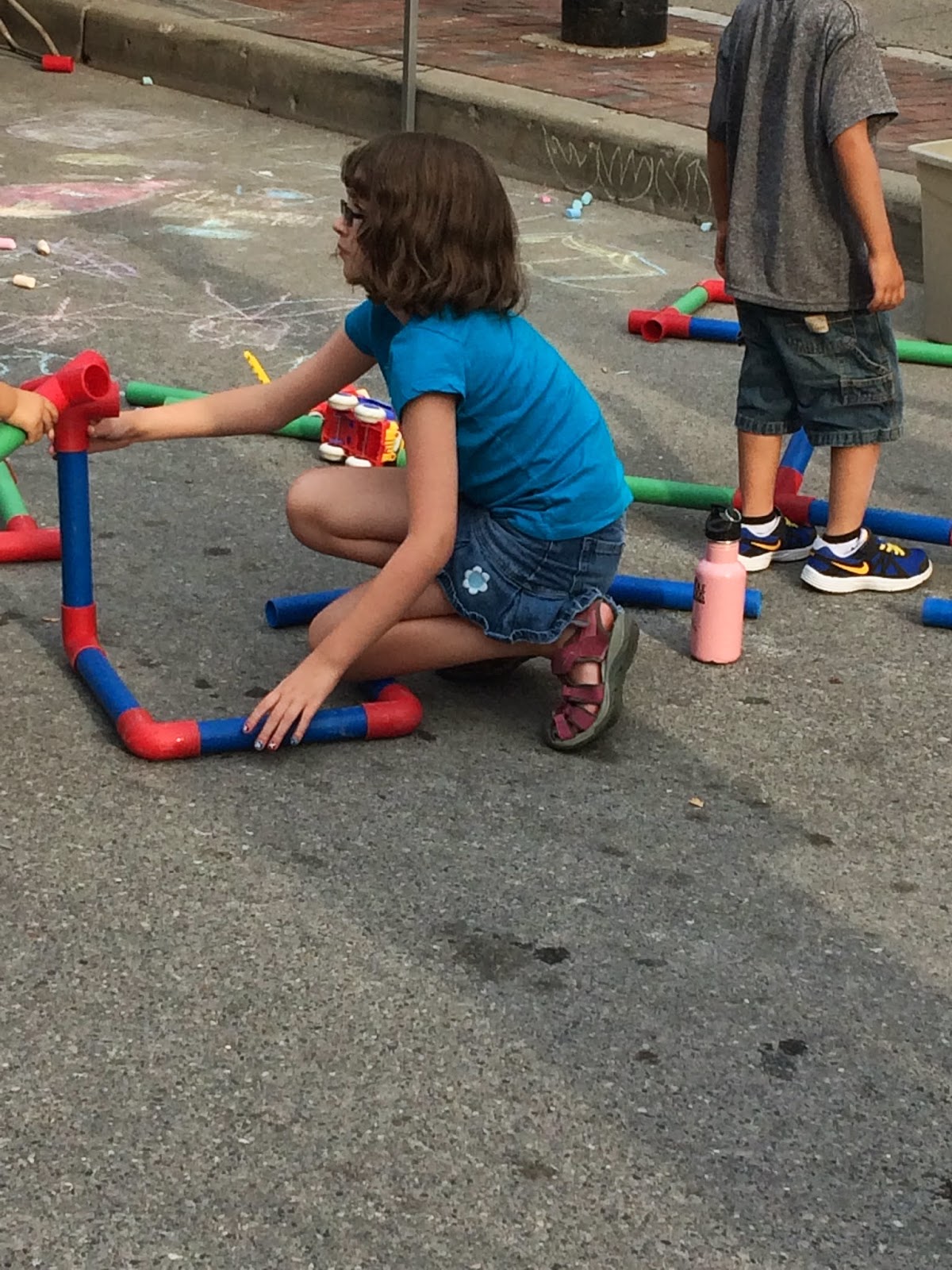 We finished the night with dessert. My husband and I checked out the Wafel Shop for dessert while my daughter got fudge from Kilwin’s. This was our first trip to the Wafel Shop. We had “The Alps” – Wafel with Zingerman’s Vanilla Gelato and cherry syrup. It was delicious. My daughter has agreed that we can return sometime for breakfast. 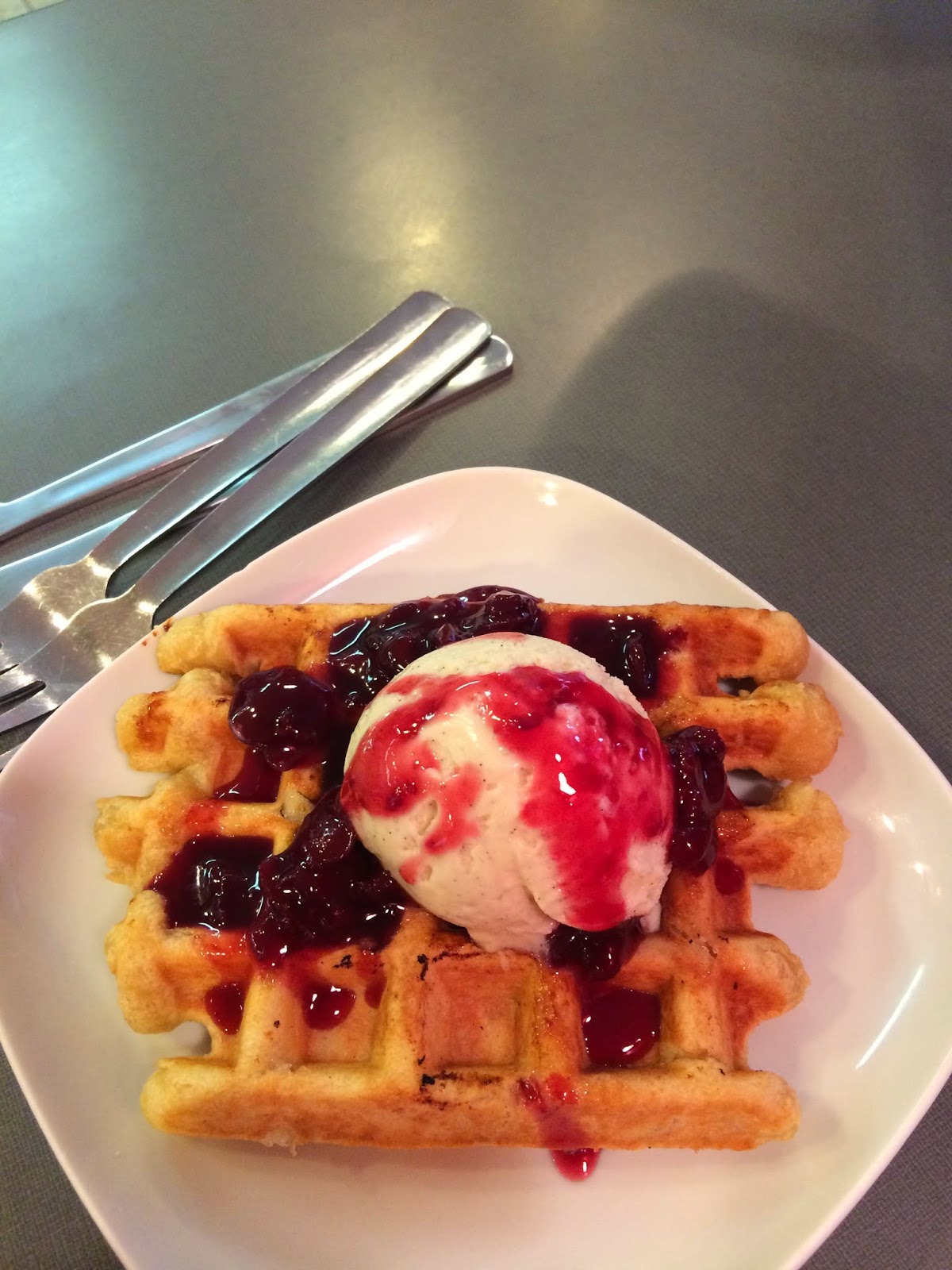 Her favorite part of the Wafel Shop was finding their Fairy Door: 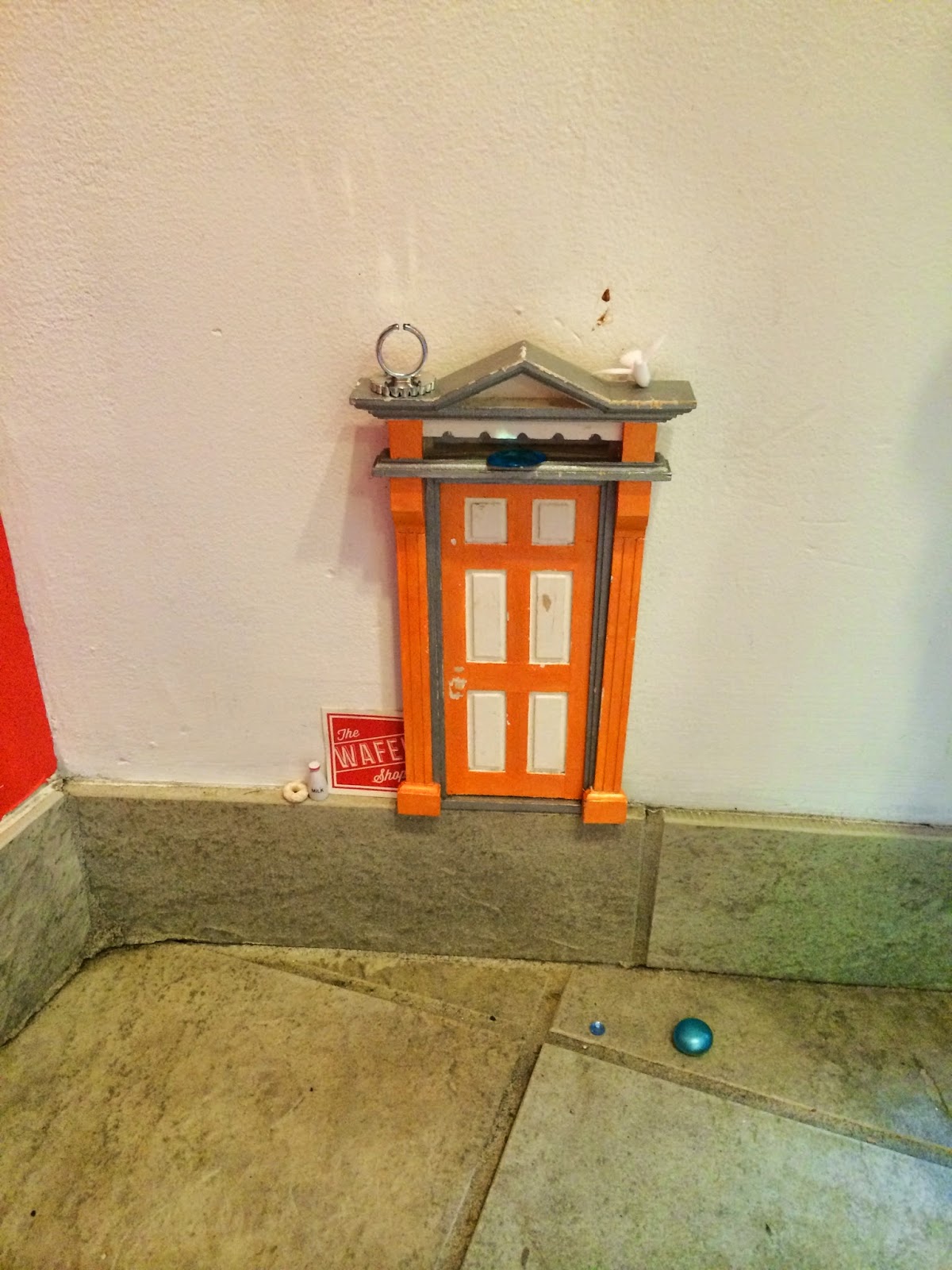 We had a great time at the Rolling Sculpture Car Show and look forward to next year’s event.