When I think of Star Wars food perhaps the most iconic image is Princess Leia’s “cinnamon roll” hair buns. I definitely wanted to incorporate them into the menu for my daughter’s Star Wars birthday party. However, since we were already having birthday cake and brownies, I needed a lunch option. Instead of a sweet cinnamon roll, we decided to make pizza roll hair buns.

I started by spreading the crust out on a cookie sheet. 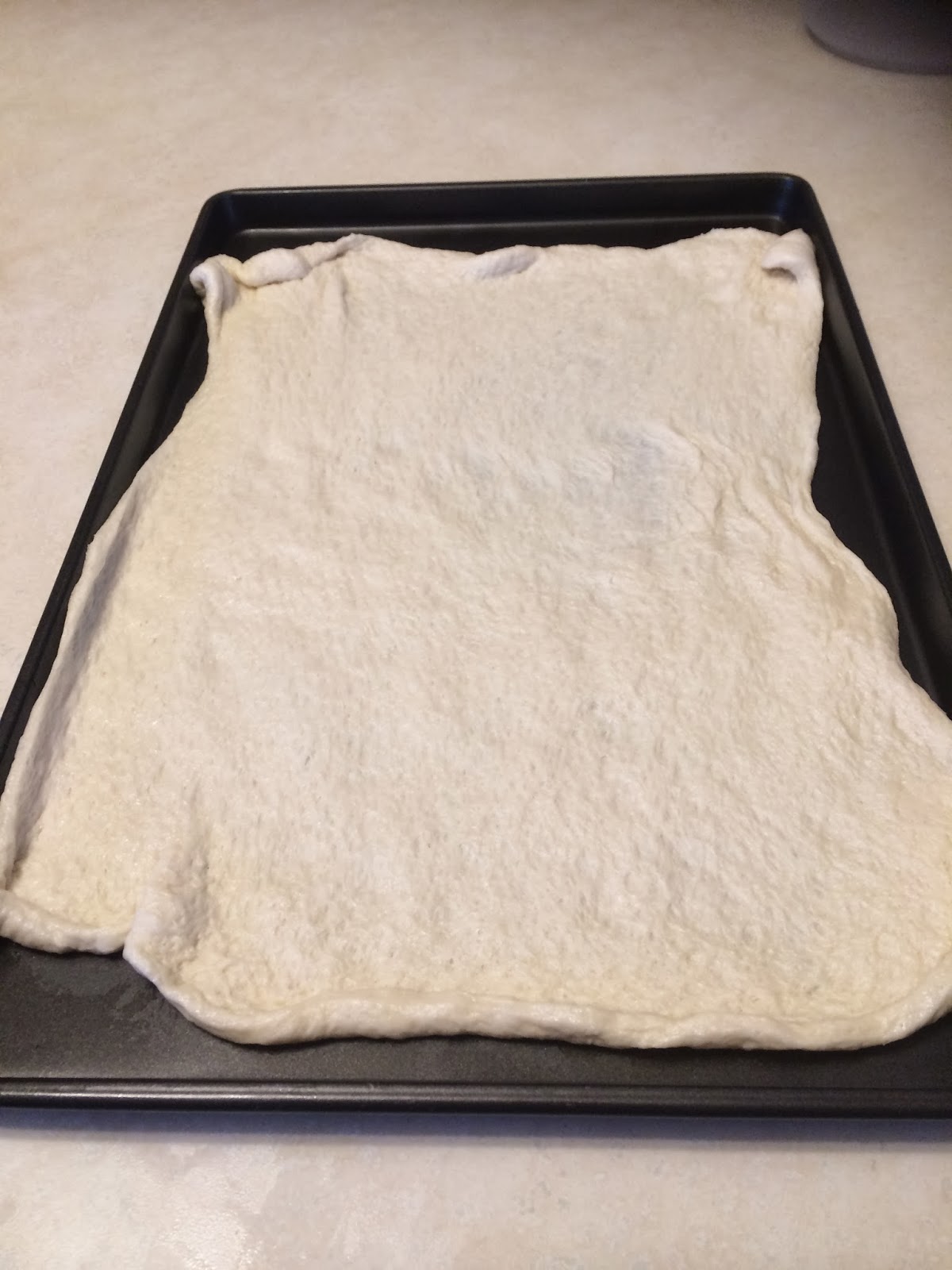 I then added sauce and my toppings. When adding the sauce leave 1/4-1/2″ sauce-free section at one of the narrow ends to allow you to secure the end of the roll. For our toppings, we chose onions, peppers, and diced pepperoni. You can add whatever toppings you prefer. Diced toppings do work better than strips or large chunks. 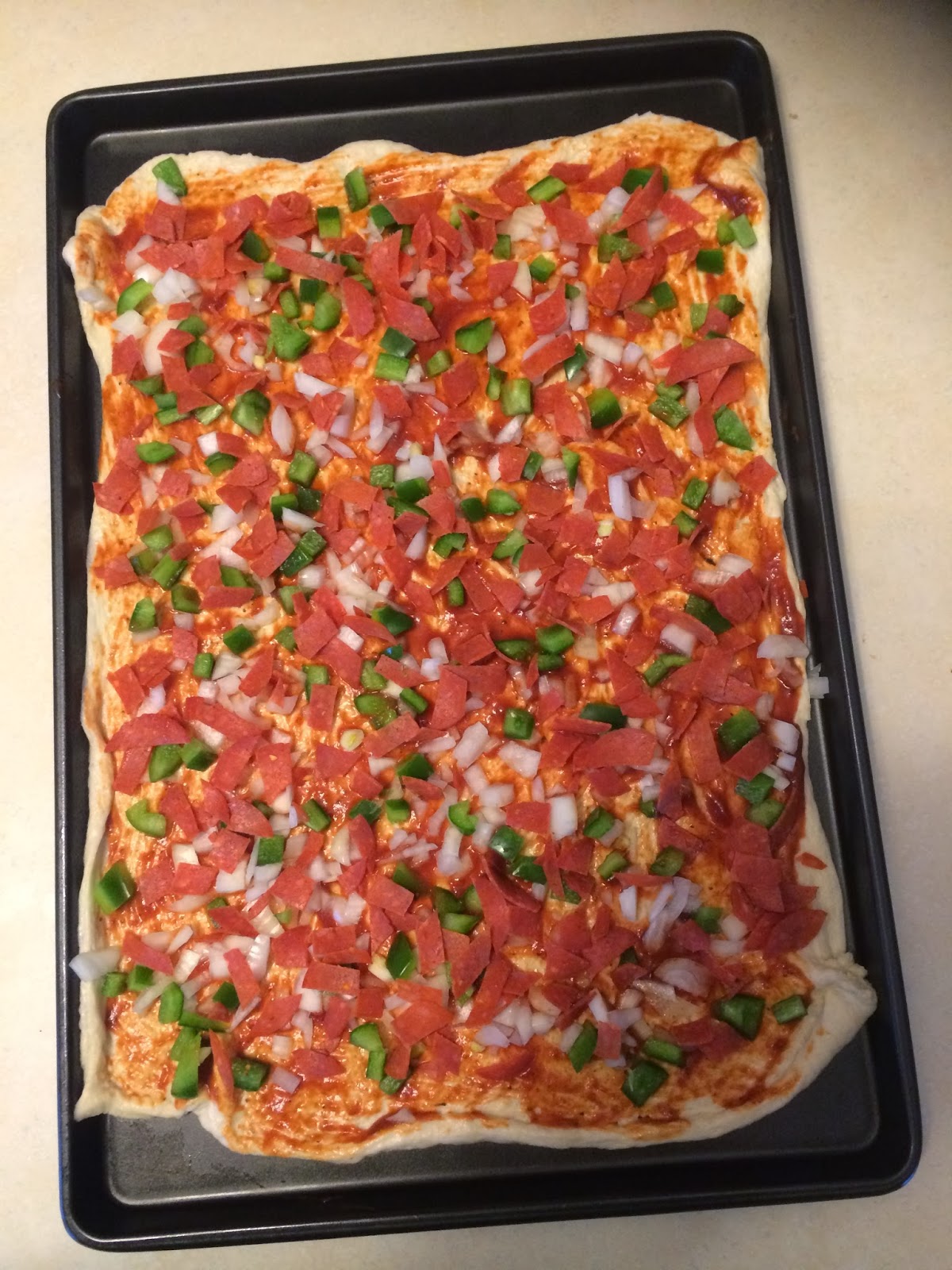 Add your cheese and then start at the narrow end and roll your pizza up. Wrap the roll in plastic wrap and place in the freezer. Freezing the rolled logs will make it easier to cut them for baking. 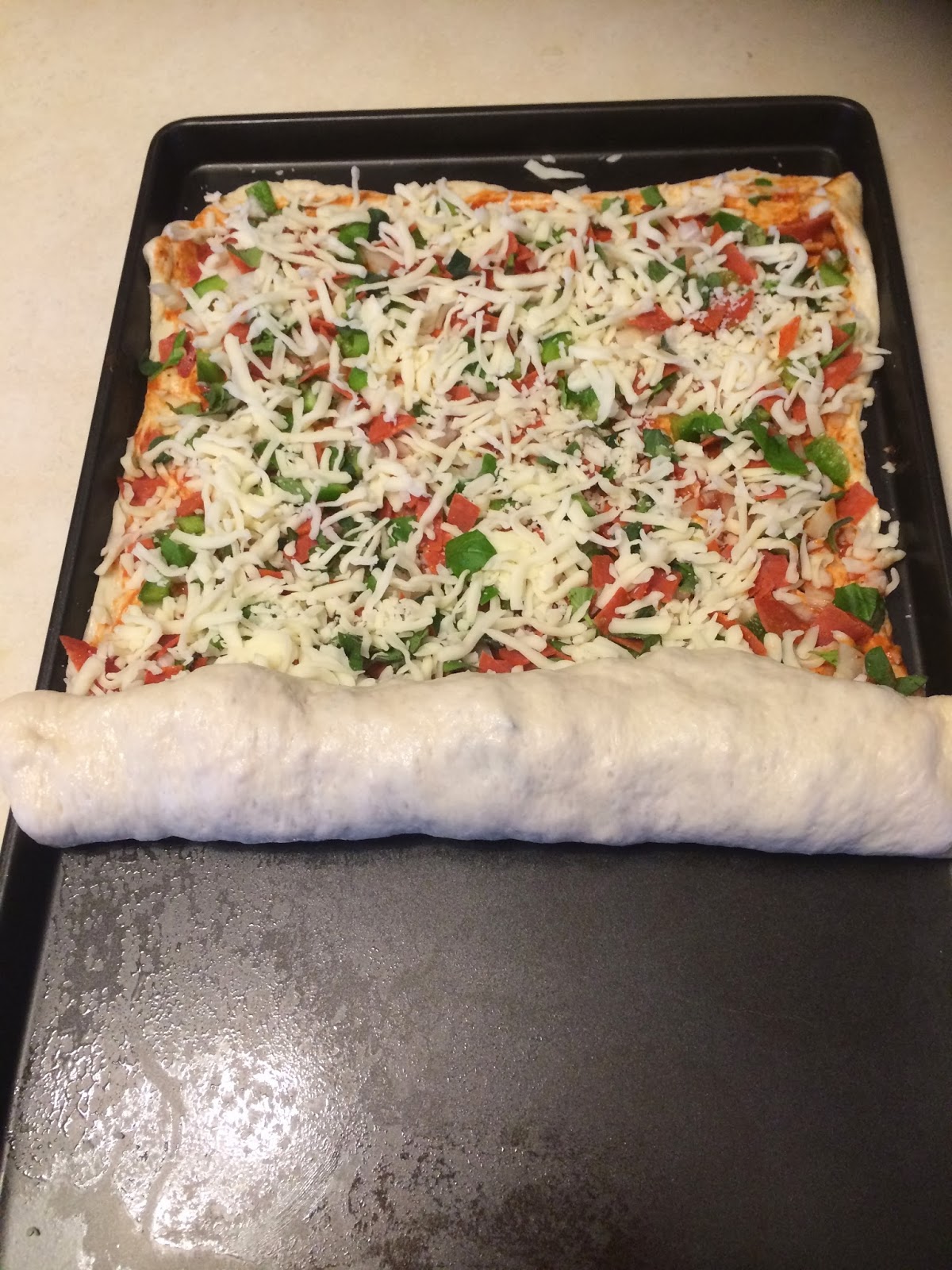 Disclaimer: Ann Arbor with Kids is compensated for sales through Amazon links.

When you are ready to bake your Princess Leia Pizza Roll Buns, preheat the oven to 375F. If the rolls are frozen solid, allow them to warm up for 10-15 minutes before trying to cut them. Slice them in 1/2″ thick sections and place on a non-stick mat (I used a Silpat Non-Stick Baking Mat) or parchment paper. Bake for 13-15 minutes or until the dough is golden and the cheese is melted. 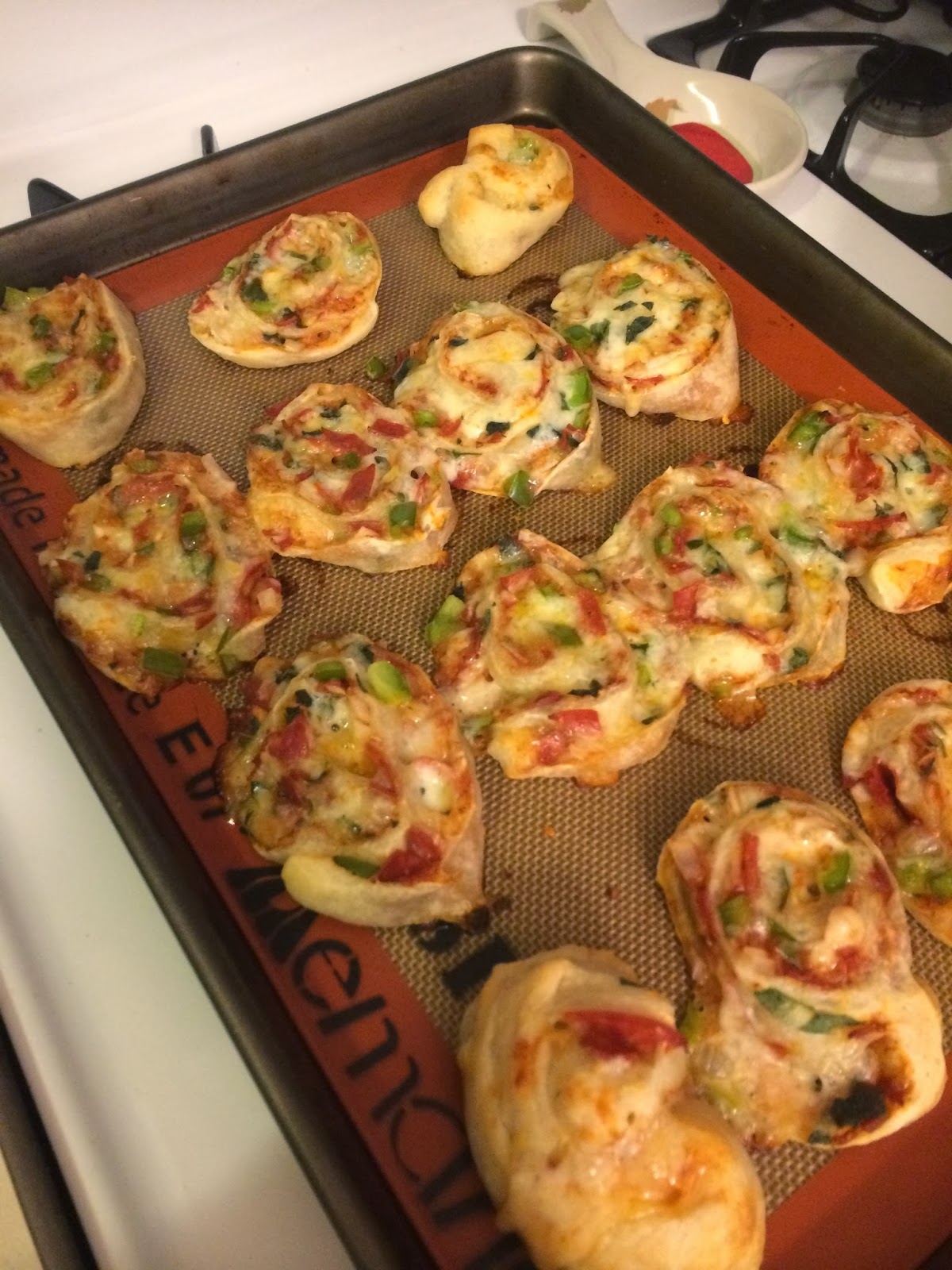 The pictures above are from the test round that I made. For her actual birthday party, we made 4 varieties:

I was really happy with how they turned out. They were a nice way to incorporate the idea of Princess Leia’s hair buns into an entree. Beyond the party, my daughter loved them, so I think we will make pizza rolls again even for a non-Star Wars theme party.